For the past ten years or so, surge deposits have been a material issue in asset/liability management. At the time of, and following the 2007-2009 Great Recession, the banking industry saw a substantial influx of deposits as real estate and equity investors liquidated positions and sought safe places to store their money and ride out the storm. The impact of this flight to safety was compounded by Government sponsored initiatives such as the Transaction Account Guarantee (TAG) Program and increases in Federal deposit insurance levels.

As a result, banks experienced significant deposit growth, and while these surge deposits would have normally been seen as a good thing, the near evaporation of loan demand left many banks with far more deposit dollars than they could effectively put to use. In turn, market liquidity levels skyrocketed, but margins were compressed. For the purpose of this article, we’ll refer to these funds moving from real estate, equities, or any other investments into the banking system as Type I Surge Deposits.

Compounding the impact of these Type I Surge Deposits, was a movement of money already in the banking system. As CD rates plummeted during, and following the economic crisis, CD holders weren’t being provided with any incentive to have their money locked into time deposits. In fact, CD rates at most institutions fell to levels comparable to, or only slightly above rates paid on NOW Accounts, Money Market Accounts, and Savings Accounts. As time deposits matured, CD holders routinely moved the balances into more liquid non-maturity deposits (NMDs), even including non-interestbearing demand deposit accounts as a matter of convenience. These former CD holders were essentially temporarily parking their money in NMD accounts, just waiting for CD rates to return to what they believed were more normal levels, at which time they’d move the balances back into time deposits. We’ll refer to these dollars moved within the banking system from CDs to NMDs as Type II Surge Deposits.

This movement of funds did not go unnoticed by the regulatory agencies. Though you might at first think that increased liquidity and decreased funding costs would obviously be good things, there was a valid reason, or even reasons, for concern. Banks sometimes used the proceeds of Type I Surge Deposits to fund loan growth, and even more commonly to invest in mortgage backed securities and longer-term callable bonds in an effort to maximize margin. Although NMDs are normally considered to be stable funding sources, the stability of Type I Surge Deposits was highly uncertain. That is, it was unknown how long the depositors would be willing to leave those dollars in the banking system before they moved the funds back into the real estate, equity, and other investments they had previously been in. The obvious risk was that if these depositors decided to withdraw their money, the banks might not be able to meet the funding need(s) if the deposits had been invested in loans or other illiquid assets. At a minimum, losses may be realized if bank securities had to be sold at inopportune times.

Regulators were also concerned that the increase in NMDs from both Type I and II Surge Deposits masked long-term interest rate risk for many banks. As previously noted, NMDs are generally considered to be amongst the most stable funding sources for banks. As NMDs grew from surge deposits, long-term interest rate risk for most banks appeared to decrease. Essentially, the results of capital valuation calculations (economic value of equity, market value of equity, etc.) improved because IRR models typically assumed NMDs were far more stable and had longer durations than other funding sources such as CDs and borrowings. These longer assumed lives/durations resulted in increased deposit premiums, and generally better IRR model results. Given the potential liquidity and interest rate risk associated with surge deposits, regulators expected banks to review their deposit composition, identify potential surge deposits, and consider the risk(s) associated with such deposits. While those expectations were certainly reasonable in the ten years following the Great Recession, the question now is “does this all matter anymore?” That is, “is the issue of surge deposits dead?”

As evidenced by the title of this article, the answer is “no, it doesn’t matter,” and “yes, surge deposits are dead.” The argument is really pretty simple when it comes to the Type I Surge Deposits. As previously noted, those were the flight to safety deposits that flooded into the banking system during and immediately following the economic crisis, and most of those deposits represented dollars that came from equity and real estate investments. Since both equity and real estate markets rebounded in the past 10+ years, any depositors interested in reinvesting in those markets arguably should have, and would have withdrawn that money from banks to purchase those investments. Clearly any truly volatile deposits that came into the banking system via Type I Surge Deposits have since left the banking system. In fact, that money likely left several years ago. Moreover, any of that money that has not left the banking system should no longer be considered surge, because there is no evidence or compelling argument that those deposits have increased volatility characteristics anymore.

That leaves us with the Type II Surge Deposits; the dollars that stayed within the banking system, surging from CDs into NMDs. These are the funds that were supposedly being temporarily parked in highly liquid NMD accounts until CD rates increased enough to incent the deposit holder to move their money back into less liquid, but higher yielding time deposits. So again, we ask “is the issue of [Type II] Surge Deposits dead?” And again, the answer is “yes” given the market-wide spike in CD rates in the first half of 2019 where we saw rates push levels not seen since 2007; it was not uncommon to see one-year CD rates of 2.50% - 2.75% and five-year CD rates of 3.25% of more. At the same time, most banks left NMD rates at or near their historic low levels, frequently 0.50% or less, which should have been more than enough incentive for surge depositors to move their parked funds back into CD products. As such, much like funds from Type I Surge, it would appear that any Type II Surge balances still left in NMD accounts today should no longer be considered surge or be viewed as having increased volatility characteristics, thus ending the surge deposit era; rest in peace.

So what does all this mean to asset liability managers? It means that examiners really shouldn’t be questioning if you’ve considered the impact of surge balances in your assessment of deposit stability for either liquidity or interest rate risk management. It, however, does not mean that you can or should assume all NMD balances are stable, long-term deposits. While the prolonged period of record low deposit rates may have trained NOW and Savings Account customers to virtually ignore deposit rates, it has left the more rate sensitive depositors clamoring for higher yields wherever they can get them. This, coupled with changes in technology and deposit gathering channels, has resulted in a far more competitive landscape for CDs and even money market accounts.

While surge deposits may be dead and buried, deposit stability remains a highly 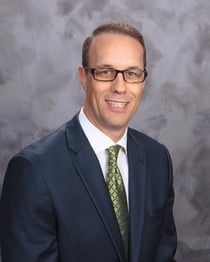 relevant topic in asset liability risk management. It is critical that you not just know your customer, but that you actually understand your deposit base and appropriately reflect the stability, or instability, of it in your asset/liability management process, including both interest rate risk and cash flow model assumptions. Like all key model assumptions, they should be based on bank-specific data, well documented, regularly updated, and understood by senior management.